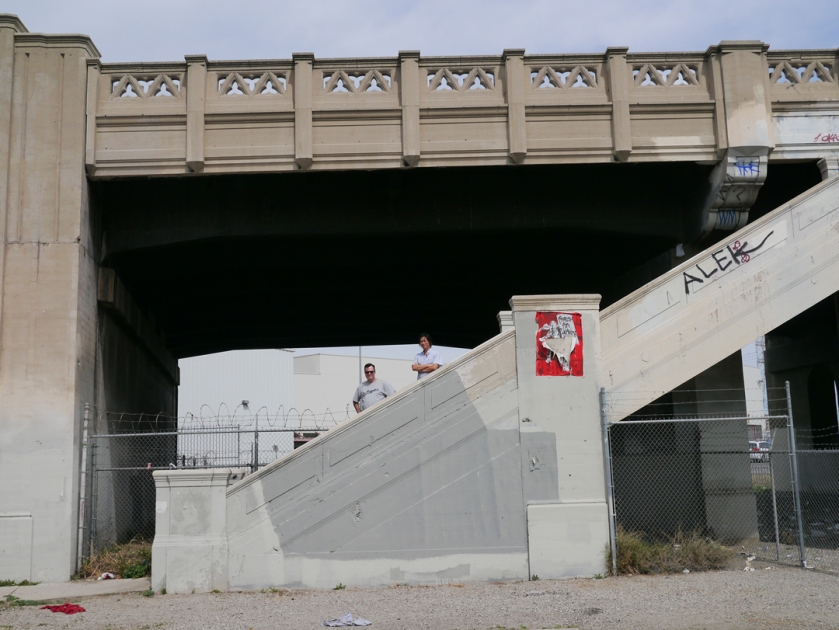 Its there a better movie than Repo Man? It’s a flawless 90 minutes with a great look, incredible cast, brilliantly quotable dialogue, political and philosophical depth if you choose to look for it, and one hell of a soundtrack. So how could I miss seeing my favorite flick of all time on a big screen followed by a set of songs by the repo man himself, Harry Dean Stanton? My friend John drove down from San Francisco to see the movie (and make a pilgrimage to several locations including the 4th street bridge that Otto pukes off of, above) and my brother made a list-minute decision to drive all the way up from San Diego to join us, too. 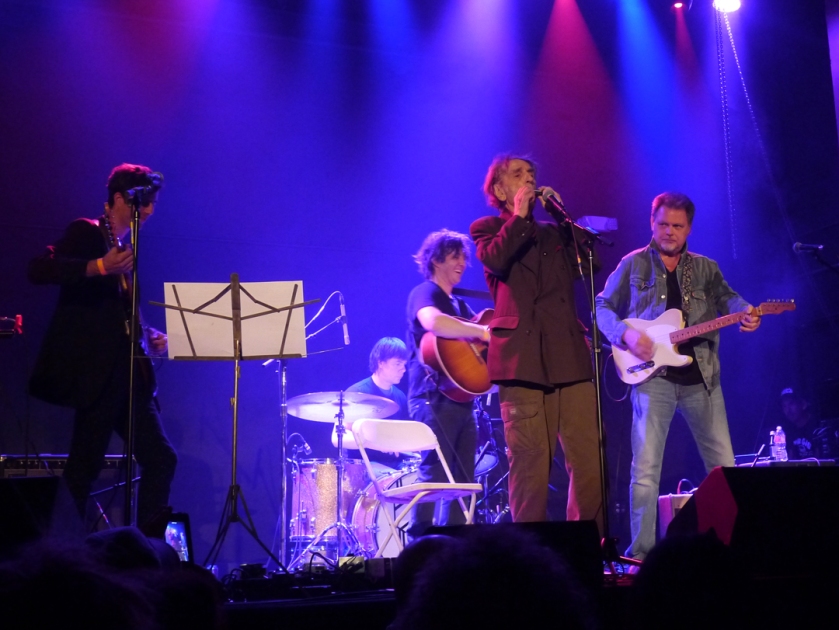 I hadn’t seen the movie for years and it has totally withstood the test of time. The jokes and commentary about televangelists, Scientology, and UFO conspiracy theories are as relevant as ever, and so is the notion of having a code in a reckless world. The quality of the projection itself was murky and so was the sound. We were sitting right in front of Harry Dean Stanton, who asked on occasion, “What did he say?” But any of us can watch the Criterion DVD at any time. It was great to see it with an audience. 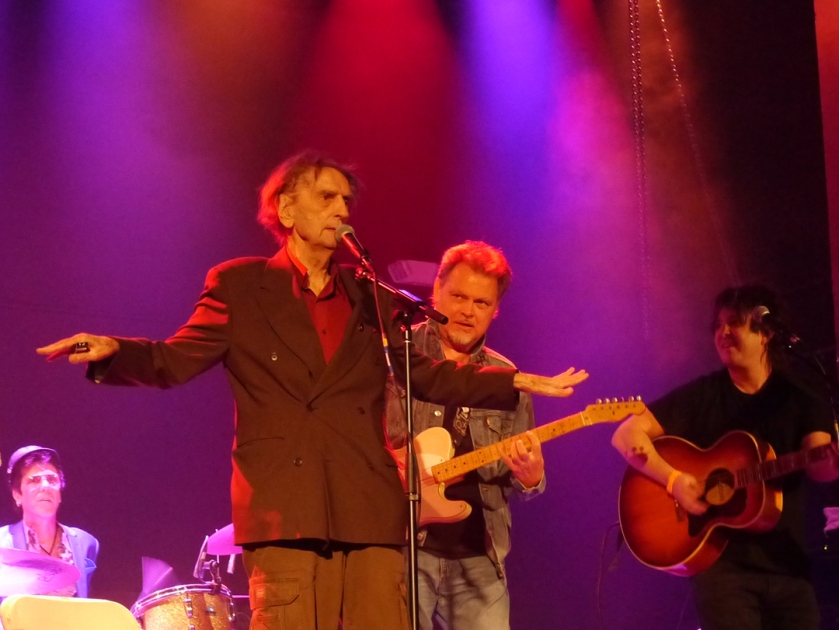 The Harry Dean Stanton concert turned out to be more of a spectacle than any of us expected. I thought he’d be playing a short acoustic set as if we were at McCabe’s in the ’80s. Instead, there was a full band led by Harper Simon with members of The Entrance Band and other friends. Stanton’s countrified songs were effortlessly cool, about heroin and heartbreak, and featured an appearance by Slim Jim Phantom from the Stray Cats on drums. 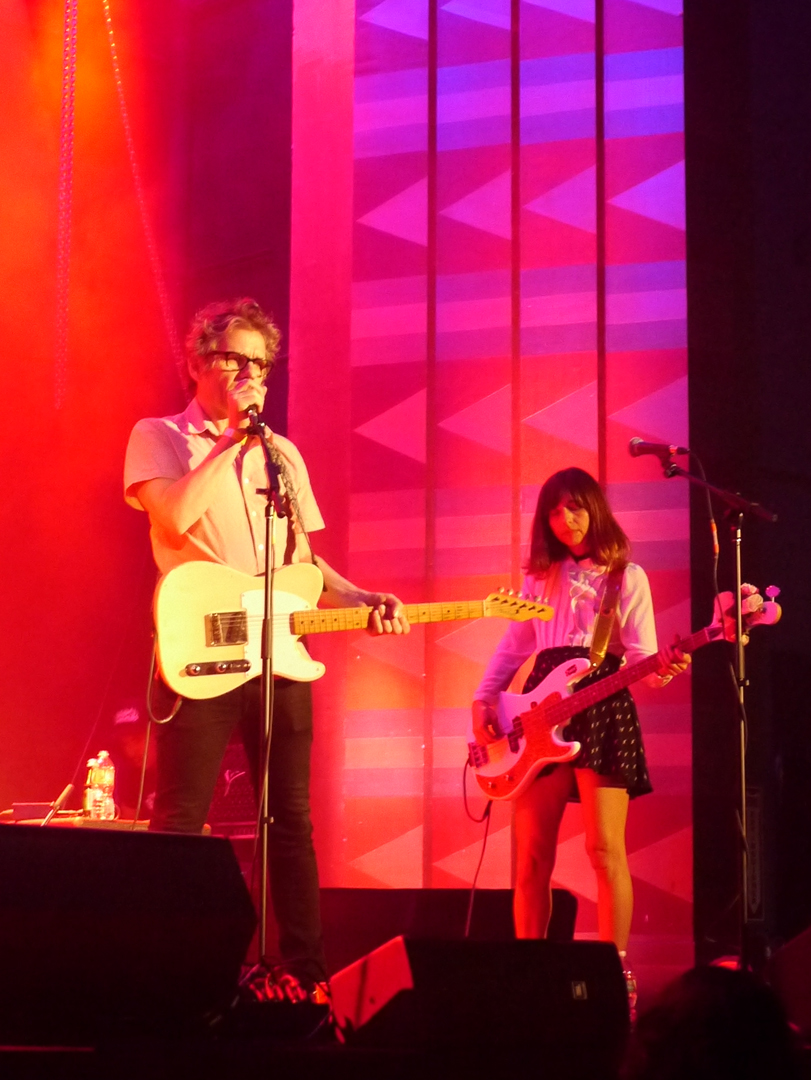 Afterward, Simon and friends carried on with a set of songs from Repo Man‘s legendary soundtrack. It kicked off was a strong rendition of Iggy Pop’s theme followed by Geneve Jacuzzi taking on Suicidal Tendencies’ “Institutionalized.” She needed a lyric sheet? And then she tossed them? Farmer Dave was holding lyrics for “Bad Man” but didn’t even use them. At least the band totally tackled the divergent musical styles with chops and gusto. 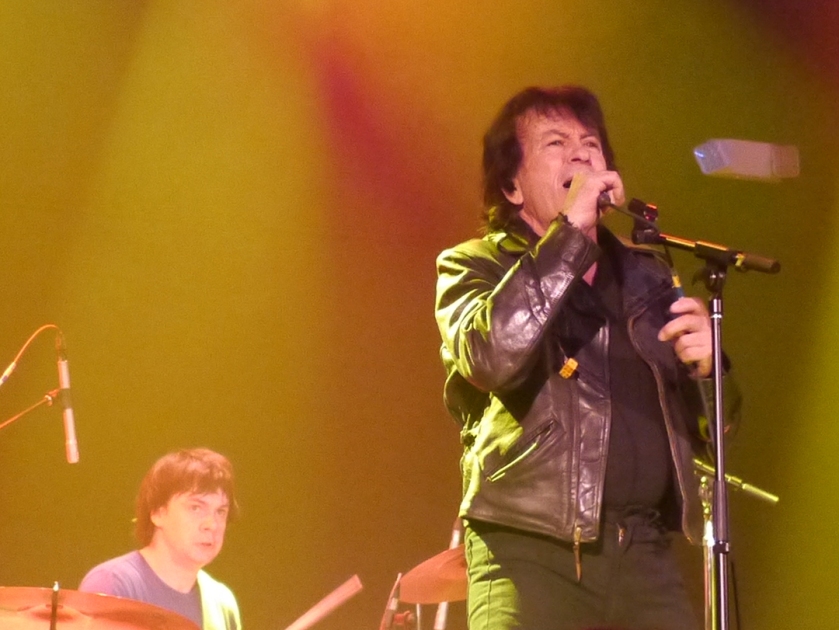 Just when I was waiting for someone to mangle “T.V. Party,” Paz Lenchantin righted the ship by belting out a ripping rendition of Los Plugz “El Clavo y la Cruz,” followed by Dean Wareham delivering the Modern Lovers’ straight-faced version of “Pablo Picasso” in a workmanlike fashion rather than the wackier Burning Sensations’ cover on the soundtrack. Harper himself sang an arena rock mutation of the Circle Jerks’ “When The Shit Hits The Fan.” 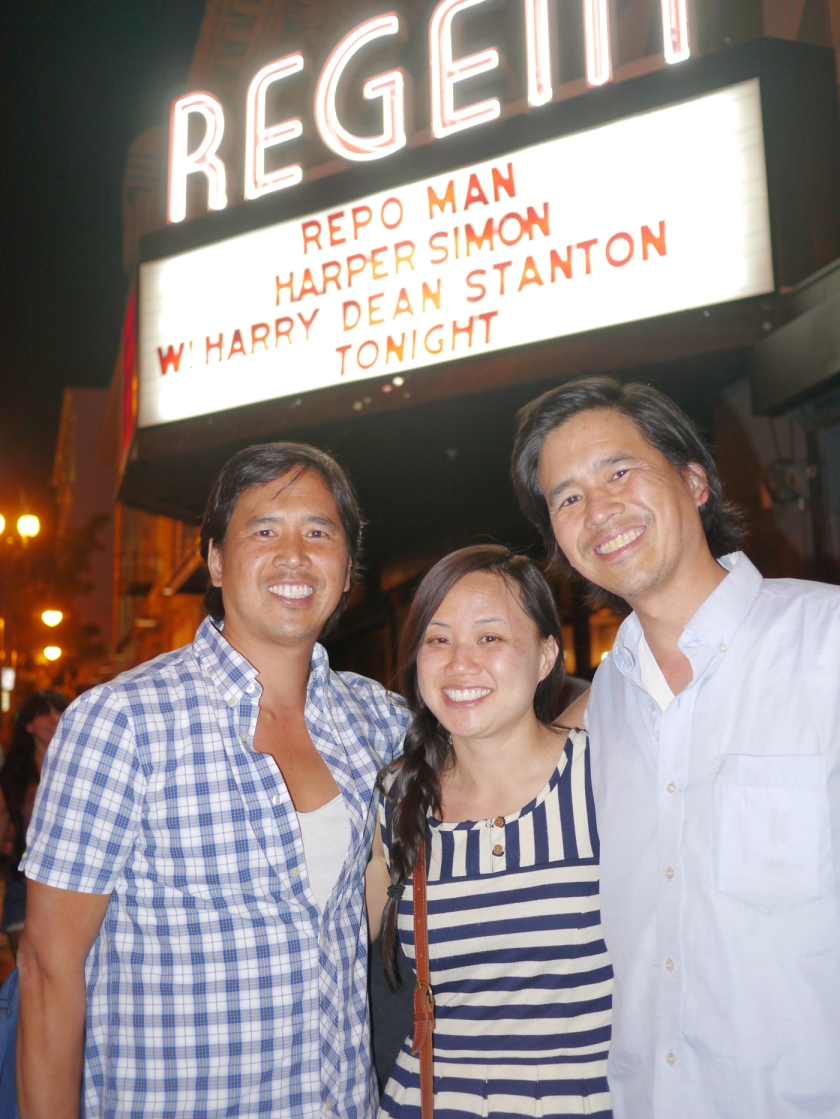 Lee Ving was the last guest singer, switching in a killer take on “I Don’t Care About You (Fuck You)” for “Let’s Have a War,” which is in the movie. Intense! That Fear song was a perfect ending, ending the show with the raw but smart punk rock energy that made Repo Man so good.

What’s next for The Regent’s double feature series? If it’s Rock ‘n’ Roll High School, River’s Edge, or The Heavenly Kings, maybe we’ll see you there.