After my brother and I worked at Disneyland during the summer of 1987 and a holiday vacation or two–him at the French Market and me on the Jungle Cruise–he said working there and still being able to enjoy it is kind of like knowing that Santa is fake but still enjoying Christmas. He’s so right and I quote him on that all time. 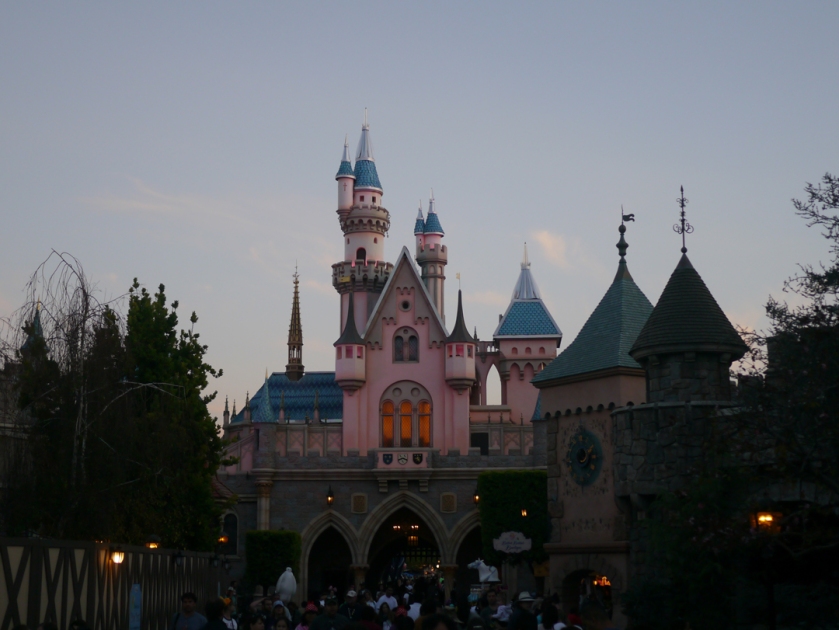 Yet our Disneyland roots go beyond that. Greg and I grew up in Orange County and could see the nightly fireworks from our bedroom when we were little kids. I recall tearing through the A-E ticket books as well as going on a field trip with our 2nd and 3rd grade class to celebrate the Bicentennial. We went often as teenagers, and once got busted for venturing backstage with our friends. All of us got sent to Disney Jail, stood in duck prints for mug shots, gave fake names, and somehow got away it.

I love it when my favorite punk bands (Adolescents, Vandals, Dickies) sing or share stories about having fun at Disneyland just like we did–meeting at the Disneyland Hotel, transferring hand stamps, and riding in on the Monorail. Or when I saw The Boss in concert at the Pond and he told a story about the E-Street Band being turned away from the Happiest Place on Earth for being too haggard. Punk rebels and rock stars alike want to see pirates and fly through space. 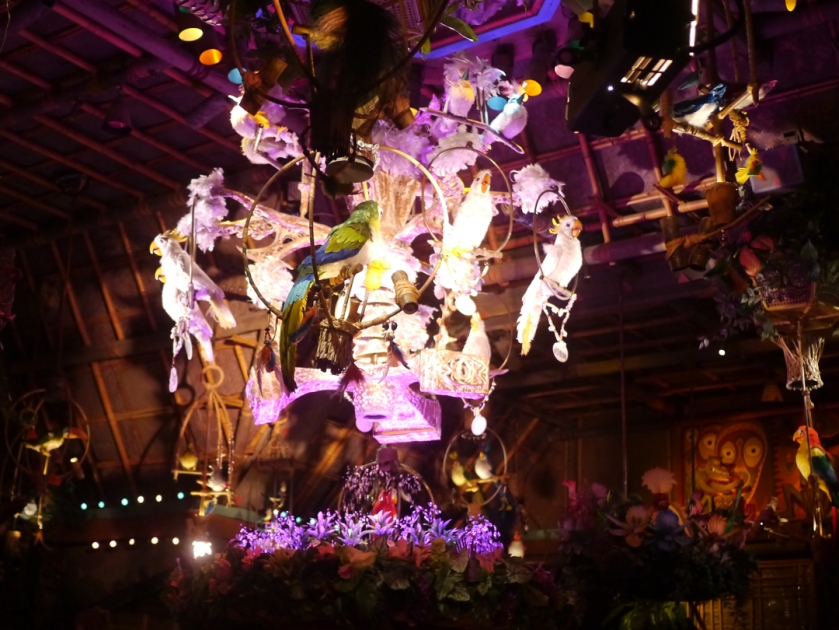 Of course, now there’s an entirely new level of appreciation when my wife Wendy and I take our 7-year-old daughter. Just like Eloise makes holidays festive again, she makes the Magic Kingdom magical again. We went yesterday and it’s a really cool moment because she’s transitioning from the Enchanted Tiki Room and It’s a Small World to the Pirates of the Caribbean and the Haunted Mansion. Revisiting the park is a kick and it’s also a trip to notice the tweaks and changes. 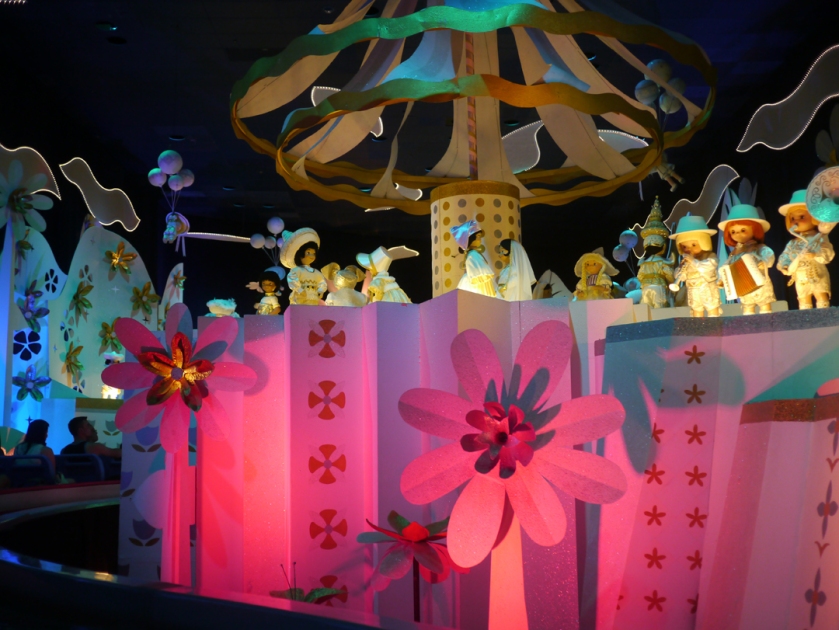 At the Haunted Mansion, when did the pet cemetery get added outside, where did the attic section come from, and what’s up with the crystal ball flying all over the place in the séance? Can Star Tours be as good without Pee-Wee Herman? At the Jungle Cruise, when did the natives move from the right side of the boat to the left side? (Although women are now allowed to be skippers, most of the jokes are the same…) How long as Starbucks been on Main Street anyway?

I was shocked and relieved that Great Moments with Mr. Lincoln is still around. With Adventures Through Inner Space gone and the Matterhorn bobsled seating changed from sitting on one’s lap to side-by-side, it’s the one of the last places for teens on dates to get close in the dark. Oh, and learn about history, too.

Outside the theater is a gallery of other great Americans including MLK, Jackie Robinson, Rosa Parks, Mary Blair, Jim Henson, and Bruce Lee. Cool, since I don’t think I saw any other Asians represented by the park other than Abominable Snowmen–and they’re relocated from the Himalayas to the Swiss Alps. 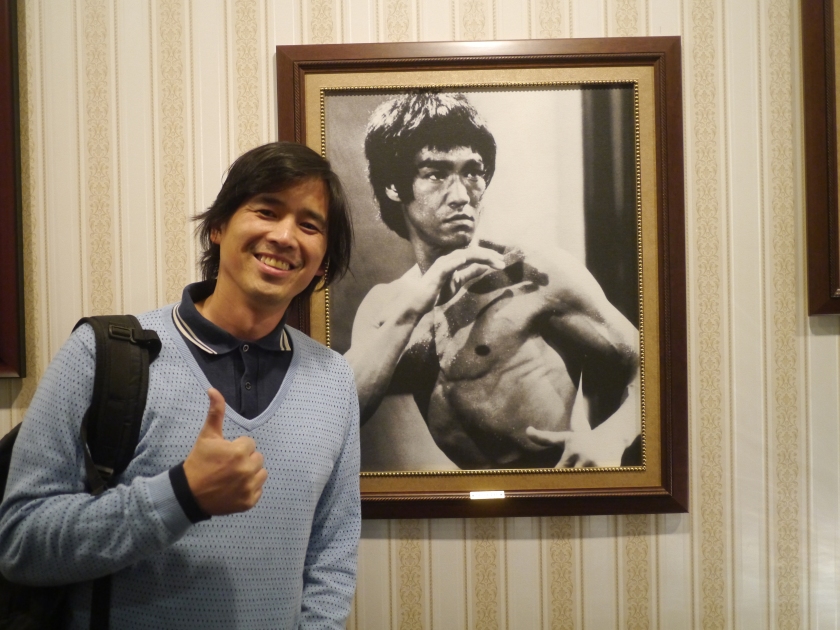 Another thing that can still be improved upon is the food. Getting the vegetarian gumbo in a bread bowl and Mickey Mouse shaped beignets by the French Market has become a tradition with our friends James and Sandy, but the park can do better in this Age of Foodies. 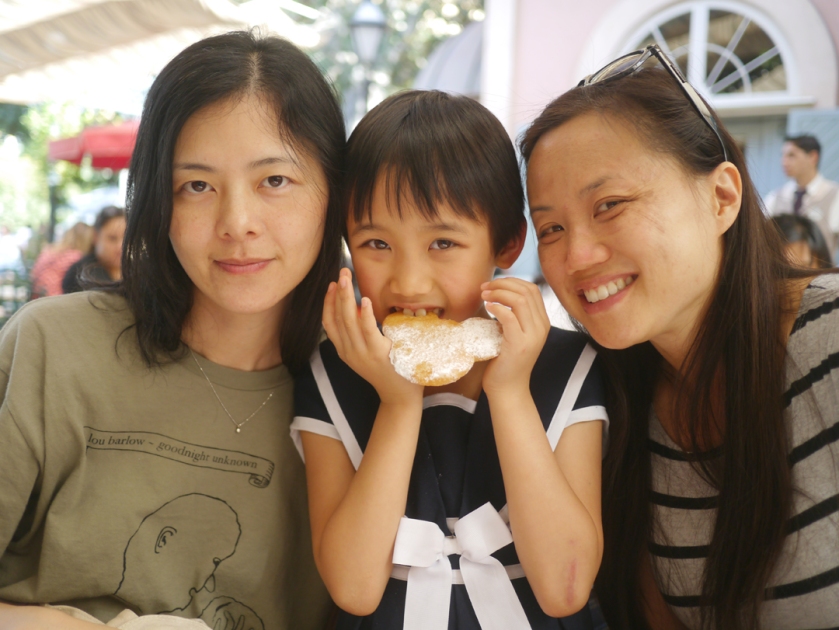 Yet I love the fact that Disneyland is old school. It’s not planned out like Disney World or sparkling clean like Tokyo Disney. And I don’t use the app, take advantage of Fast Passes, or wear a Disneyland gang vest for the same reason I don’t need to look at the map. I go there to feel like a kid again–and I’m triply fortunate that I got to grow up going to the park back in the day, had a blast working there and have a few choice stories to tell from those experiences, and still get go back with Eloise today.

The World’s Largest People Trap Built By a Mouse, indeed.