Everyone is looking forward to having their voices heard on November 8, but even the hardest core voters become less confident in their selections when it comes to Superior Court Judges. I think Kim Nguyen is worth your consideration for Seat No. 158 in Los Angeles County because she stresses fairness for underrepresented people. And may I add that she went to Castelar?

Along with our pal Danny, my wife Wendy and I met Kim over coffee in Chinatown earlier this week. I followed up with some questions:

I was surprised that you’d meet just three of us for coffee at Philippe during crunch time. Are you doing a lot of that sort of thing these days?
I try to sit down with members of the L.A. community as often I can, and have been doing so since starting this campaign almost two years ago. Between a full-time job, two school-aged kids, and running a countywide campaign for judge, it can be hard to find time. But I make time because judicial elections are critically important and voters are entitled to learn as much about the candidates as possible. Plus, I was curious to see the breakfast scene at Philippe–for me, it’s always the place to go for a French dipped sandwich before a Dodger game.

Is it possible to briefly recount why you want to be Superior Court Judge?
Judges of the superior court play a critical role in our judicial system by making sure that every person (regardless of income level, language abilities, gender, ethnicity, LGBTQ identification) has the opportunity to tell their story and to present their case. Not every person who walks into court will win their case or get the relief they want. But every person is entitled to a fair shot at justice, and judges can help to ensure this. This is important work; it’s work that I would be honored to do.

We had chatted about how serving as Superior Court Judge is more than just executing laws that already exist. Can you get into that, too?
In many areas of the law, judges are required to exercise their discretion. And this discretion can be exercised in a number of different ways depending on how the judge interprets the law and how the judge applies the law to the facts. Judges aren’t robots. You can’t feed a judge a set of facts, push a function button, and expect the same ruling from every judge. That’s why it’s important to elect the most qualified judges to the bench. (Shameless plug: I was given a “Well Qualified” by the Los Angeles County Bar Association after a thorough vetting process.)

I was wondering when you became interested in public service. Was there a mentor? a moment?
It really started when I clerked for the U.S. Court of Appeals for the Ninth Circuit a couple of years out of law school. I enjoyed the responsibility of knowing that I was an integral part of our justice system and that I was contributing to a greater good. I currently serve the public as a Deputy of Attorney General, where I represent the State of California in many different types of civil litigation. In my spare time, I volunteer with Asian Americans Advancing Justice – Los Angeles, and help immigrants become U.S. citizens. It’s deeply satisfying to be able to use my training and skills to contribute to the community and the public at large.

What turned you on to law?
My dad (the prototypical strict Asian dad) often said when I was growing up: Kim, you can be whatever you want, so long as you become a doctor or a lawyer! I didn’t relish the idea of years of organic chemistry, so I chose the law. And I am so glad I did. I’ve been fortunate to have a challenging and rewarding career litigating in the trial and appellate courts. (A highlight was arguing before the California Supreme Court when I was 30, years ago.)

Now the law has led me to running for Superior Court Judge. Judges preside over some of the most important issues in our lives: child custody disputes, the care of abused and neglected children, landlord-tenant disputes, employment discrimination, and criminal matters, to name just a few. A judge who is intelligent, hardworking, fair, and empathetic–all qualities I believe I have–can help people in meaningful ways and make a difference in our community.

Harvard and UCLA are excellent schools, but can you expand on some formative experiences at Castelar Elementary and in Chinatown?
I have so many memories of Castelar and Chinatown: chatting with Dr. William Chun-Hoon on the playground of Castelar, dancing in the Chinese New Year parade with a floral garland, buying persimmons from the fruit vendors on Hill Street, eating strawberry whipped cream cake at Phoenix bakery, getting pink boxes full of dumplings and baos from Long’s Family Pastry. Although these experiences were indeed formative, it’s hard to spell out exactly how in any linear fashion. They live inside of my mind and my heart in a tangle and make me who I am: a daughter of refugees from Vietnam who found a warm and safe community at Castelar and Chinatown.

Besides Chinese food and Dodger games, what are some of your other favorite things about L.A.?
Where to begin? There are so many things that I love about L.A. I love the rich mosaic of so many different cultures, communities, and identities that make up Los Angeles. There’s a strong sense of tradition based on the multi-generational families who live here, and an equally strong sense that anything is possible because of L.A.’s creative community, vitality, diversity, and openness. L.A. is admittedly tough to love sometimes–the traffic congestion, the sprawl, the heat and smog. But on those days when I can wake up and go to the beach with my kids, stop at Zankou for chicken tarna sandwiches, and sit outside during a warm, breezy night talking with friends and neighbors for hours, I know there is no place I would rather live or raise a family. L.A. is in my blood. 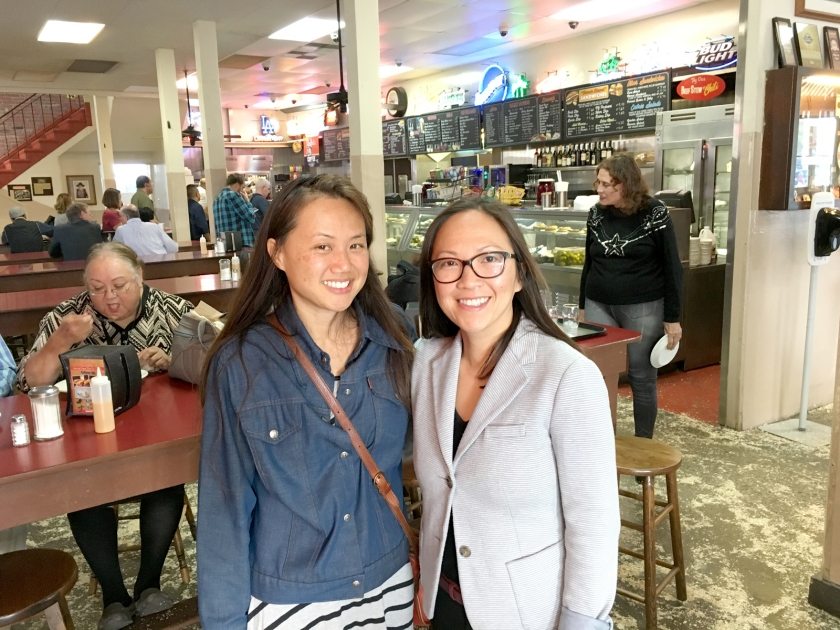 For more information on Kim check out kimforjudge2016.com, and don’t forget to vote on Tuesday, November 8!