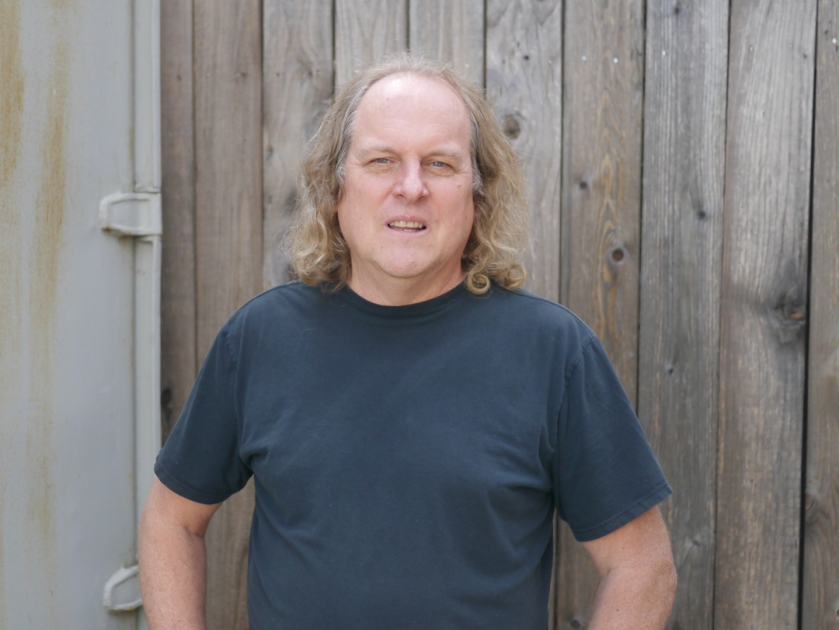 My friend Chris Ashford has done a lot of cool stuff. He recorded and released the first Germs 7″ as well as key releases by Agent Orange, The Dils, Skull Control, The Controllers, The Gears, Davie Allan and the Arrows, and The Ventures on the What Records? and Iloki Records imprints. These days, he still releases punk, jazz, and punkers playing jazz through Wondercap Records.

As if Chris hasn’t contributed enough to the L.A. music scene, his latest effort is a documentary about his friends The Gears. Although the surf-infused punkerbilly mutants were huge in the days of the Hong Kong Cafe and the Vex, these days they are strangely overlooked among their peers. The Don’t Be Afraid To Pogo! movie will remedy that. In advance of the movie’s premiere at the Vista Theatre in Los Feliz on Thursday, March 26, I had to ask him some questions about it.

MW: As someone who has never made a movie before, what inspired you to make a documentary about The Gears?
CA: Well, Martin, The Gears and I were at a Gears BBQ/meeting and I came up with the idea of a doc to help promote the band and let people know that they are still around. I started to think about it and thought maybe I could try to see it off the ground.

MW: What is it about The Gears that you feel is important and needed to be documented?
CA: Their music wasn’t hardcore and they didn’t play north of San Francisco (mostly playing in southern California in the early years) makes them easy to not include in punk rock history. But their album was very well-received and they were one of the best-drawing local bands in Los Angeles from late 1979 to early 1982. In my mind, it is also important that they grew up in a culture that didn’t always lead to playing a mostly white style of music, and didn’t end up in gangs.

MW: Tell me about the film’s crew. It’s loaded!
CA: To keep the story short, I hired Dave Travis (A History Lesson, Part 1: Punk) to shoot the interviews, a live set by The Gears with Freddy Cannon at the Messaround, and some footage in the recording studio with Freddy Cannon. I also rented Alvas Showroom in San Pedro, where Dave Travis, Dave Markey (We Got Power!), and Mark Farina (multi-media artist) shot two sets. Mark did some later interviews when Dave was too busy setting up Cafe NELA.

Dave Horowitz was the editor I worked with, and he did a couple of the later pick up interviews as cameraman. We each brought ideas to the table. I learned on the job, and it became a good collaboration. The overall final sound mixing of the film was done by Jeff Peters, who is the engineer on The Gears album, When Things Get Ugly. 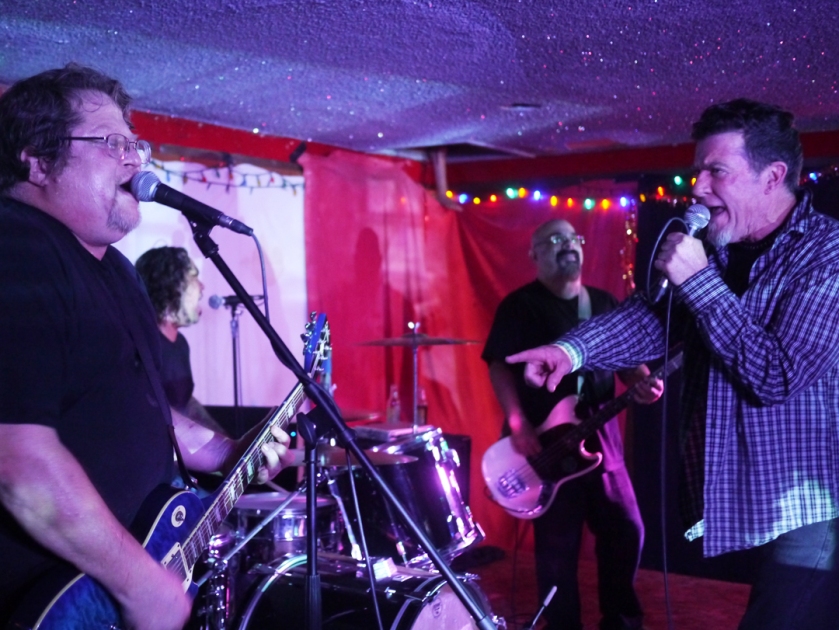 MW: Isn’t there some older footage, too?
CA: As time went by, I was able to come up with three live sets from 1980. The original idea was for something maybe about 20 minutes long but as I kept interviewing and coming up with great material, it expanded to a 95 minute film.

MW: Did you read a lot of books about making movies or watch a lot of band documentaries to prepare?
CA: I didn’t really read any books, but there are a few music docs that I really like that gave me ideas. One of my favorites is Who Is Harry Nilsson And Why Is Everybody Talkin’ About Him? It is well paced with lots of info and good interviews, and it seems to go by very quickly. Another one is about trumpeter Jack Sheldon called Trying To Get Good, which has the same attributes as the Nilsson doc.

MW: And how was it, starting your first movie?
CA: I started out by asking questions that were very comprehensive and by their answers, I was able to shape the story. I was going to have a narrator in my mind in the beginning but the interviews played out where they pretty much tell their own story.

MW: Was it easier or harder to film guys who are friends?
CA: It was probably easier to work with friends because they already trusted me, and weren’t as put off by having me in their pockets for two plus years as they probably would be for a stranger.

MW: You knew the guys very well, but was there anything surprising in the story that wound up being told?
CA: No, I wasn’t surprised by anything that they told, but I became more informed. There are a lot of perceptions that differ in the memories of the members and I tried to show some of those differences and let the audiences make up their minds on what they want to believe.

MW: Now that the movie is made, do you have the filmmaking bug?
CA: I actually don’t have the bug to do another at this point but I’m not ruling another out. I’m used to making records or recordings which happen in a much quicker time frame. This was almost three years and I’m very disappointed that some people in the film have passed on before it was finished. 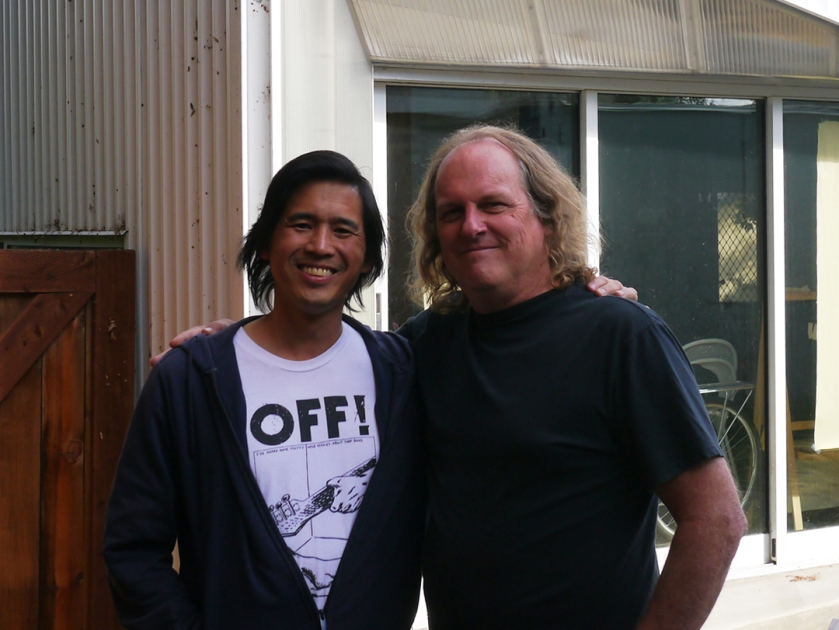 Watch Don’t Be Afraid to Pogo! with friends because it’s more fun that way:
Thursday, March 26 at The Vista Theatre in Los Feliz – Premiere screening followed by a Q&A with the band and perhaps a short set.
Wednesday, April 8 at Alvas Showroom in San Pedro – Intimate screening for all friends, family, and fans.
Saturday, April 25 at Alex’s Bar in Long Beach – Screening followed by sets by The Gears, The Crowd, and The Horseheads.

And for additional screenings and booking information, check out wondercaprecords.com. 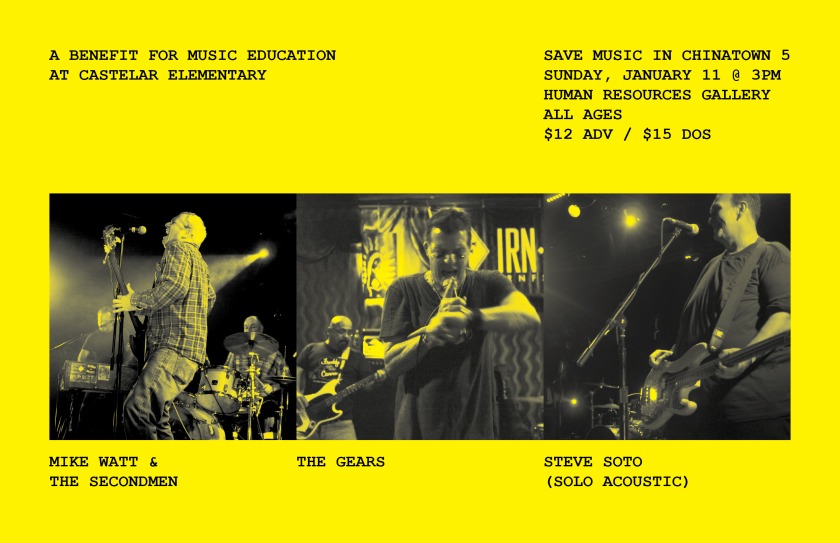 The lineup for our next Save Music in Chinatown show came together in about 48 hours. On Tuesday I had lunch with my old pal Chris Ashford, who happens to be making a documentary about The Gears. He hit them up, and the next day they generously agreed to play.

Yesterday morning, Save Music in Chinatown’s secret weapon Nate Pottker received a response to a cold email that he had sent to Mike Watt about the show. The legendary bass player was down, adding that he and The Secondmen would love to open for The Gears.

Right away I shared the good news with Tony Adolescent, a supporter of SMIC from the beginning. He said that his bandmate Steve Soto was up for playing a solo acoustic set for us. In about 10 minutes, they checked the date and locked it in.

And there we have it: another killer benefit gig to raise money for music education at Castelar Elementary, and another excellent punk show in Chinatown to boot. I’ll put up a Facebook event page and Eventbrite ticketing page after Thanksgiving, but until then keep an eye on the Save Music in Chinatown community page for updates and everything else.

Check out the Facebook event page and ticketing at Eventbrite, and we’ll seeya at Human Resources in Chinatown on Sunday, January 11!