It was pretty cool to find out that my friends Damon & Naomi were going to tour China last year. Are there nicer people who play more gorgeous music? And at this moment is there a more interesting scene for underground music than China? Carsick Cars, Birdstriking, Chui Wan, P.K.14–there are so many awesome bands I love out there.

And how great was it to hear that Naomi went on  make a video for Dear Eloise, a  P.K. 14 offshoot with Yang Haisong and his wife Sun Xia playing dreamy and fuzzed-out shoegaze. How could I not ask Naomi about the trip and the video?

How did the China trip/tour happen and where did you go?
We were invited to China last September by a Chinese tour promoter. We were so excited as we had never played China before (although we have played in Hong Kong and Taiwan) and had no idea what to expect but we were eager to see what it was like and to see the country. We played in Shanghai, Guangzhou, Shenzhen, Hubei, and Beijing. We had an amazing time — we were surprised and delighted to find we had long-time fans in China even though sometimes our music has been hard to find there. The fact that people really had to work to have access to it was very moving to us. We were told that in the early ’90s people had to buy black-market indie rock cassettes — discarded from factories where the tape had been cut up to prevent resale — and splice them back together by hand in order to hear the music. Having to do so much to have access to music floored us. 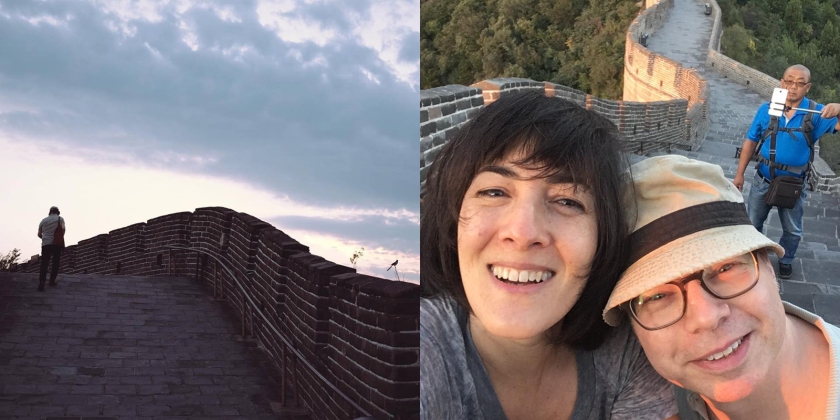 Were you more excited about playing or traveling there?
I was excited about both — and about eating there! Although I admit I was more than a bit nervous before we went. My father was Chinese and he left as a child in 1937 during the war with Japan and never went back. So China has always been meaningful to me — a sort of strong identification with something I didn’t have any personal experience of at all except second or third-hand. The idea of actually playing there was intimidating just from the weight of family history. To add to that, our first show was in Shanghai, where my father’s family was from (though he was born and grew up in Suzhou, about 45 minutes away) so it really was making a return trip in place of my father. But the show in Shanghai was wonderful, a beautiful and unforgettable evening for me. Really, I couldn’t have been happier.

What setup did you and Damon bring?
We had our basic duo set-up: I was playing keyboard, Damon was playing acoustic guitar and we were both singing.

Did you play with any cool bands?
The only place that any other bands played with us was at the Festival in Hubei — we were the only band on the bill at our club shows — and unfortunately, typical for a festival, we didn’t really get to see any of them. But the location of the Festival was incredible, way way out in the countryside, 4 hours from the nearest airport — the stage was literally built about a half a mile into Tenlong Cave — which is about 20 stories high so just a huge place. When they had told us we were going to play a cave I kind of imagined some random rock wall/small cave but this was just an enormous scale. The reverb was crazy — and it was damp and cold! It was a cave! 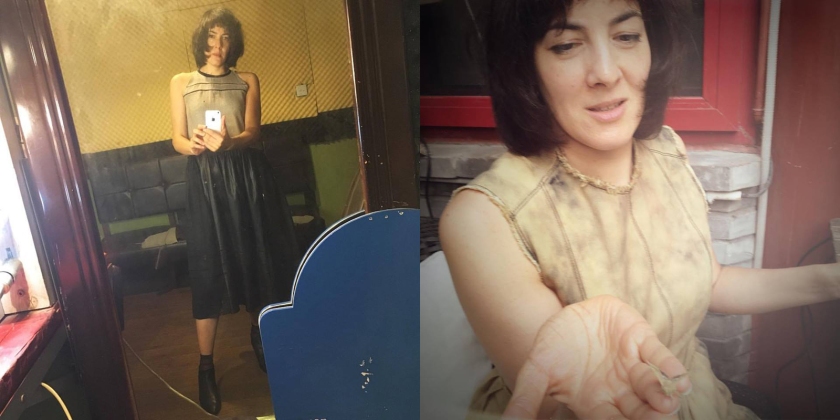 How did you meet Haisong? Were you already fan of his?
We were already fans of P.K. 14 and the Maybe Mars label. Damon had done a lot of looking into Chinese music before we left and had found a lot of music online. So when we heard we were going to Beijing we invited Haisong to our show and asked to meet him. We hit it off right away and the next thing I knew I was delighted to be making a music video for Dear Eloise. Damon also scoured all the record stores in China and quizzed everyone and came home with a lot of interesting Chinese music both new and older.

Tell me about the Dear Eloise video.
Dear Eloise never performs live and it wasn’t feasible to have them come to the US for a video shoot, so I decided I would have to make the video without them in it. I found the lyrics very moving (translation below!) — sort of about isolation in a city, and some kind of nostalgia for a different place or time. So I started with these ideas and worked with a friend, Laura Kenner, who was a fashion model and now is at Harvard in graduate school. We were lucky enough to be shooting the day of the Harvard/Yale game and we spontaneously decided to go shoot amid the debris of the pre-game tailgating parties. The melancholy of the after-party destruction was pretty great. I also incorporated footage of two lovely young girls I know who are best friends, their sweetness and innocence evoke a sense of nostalgia for me.

How are we going to get Dear Eloise to tour the US with D&N and play a Chinatown show?
Well, no problem with the D&N appearance! But you have to convince Haisong to play live with Dear Eloise!

You can wear your flowers and walk around in city streets
You can listen to people talking about things they are interesting in on buses
You said yes, yes I want a life like this and that
But still I wish there is something beautiful to share with you 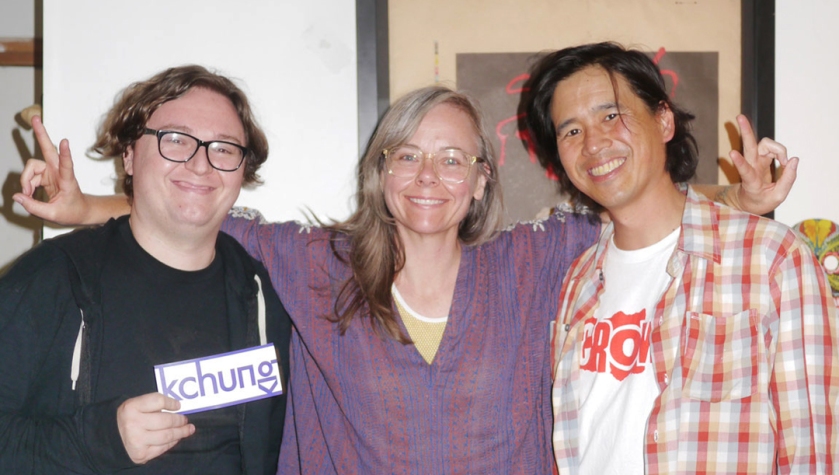 Thanks to my longtime friend and Save Music in Chinatown supporter from the beginning Gabie Strong. She invited Nate Pottker and me onto her Crystalline Morphologies radio show on KCHUNG to talk about the cause, play some music related to the shows, and get the word out about our May 31 lineup.

For the first time, I actually tried to scribble down mini sets to play. Here’s how they went: 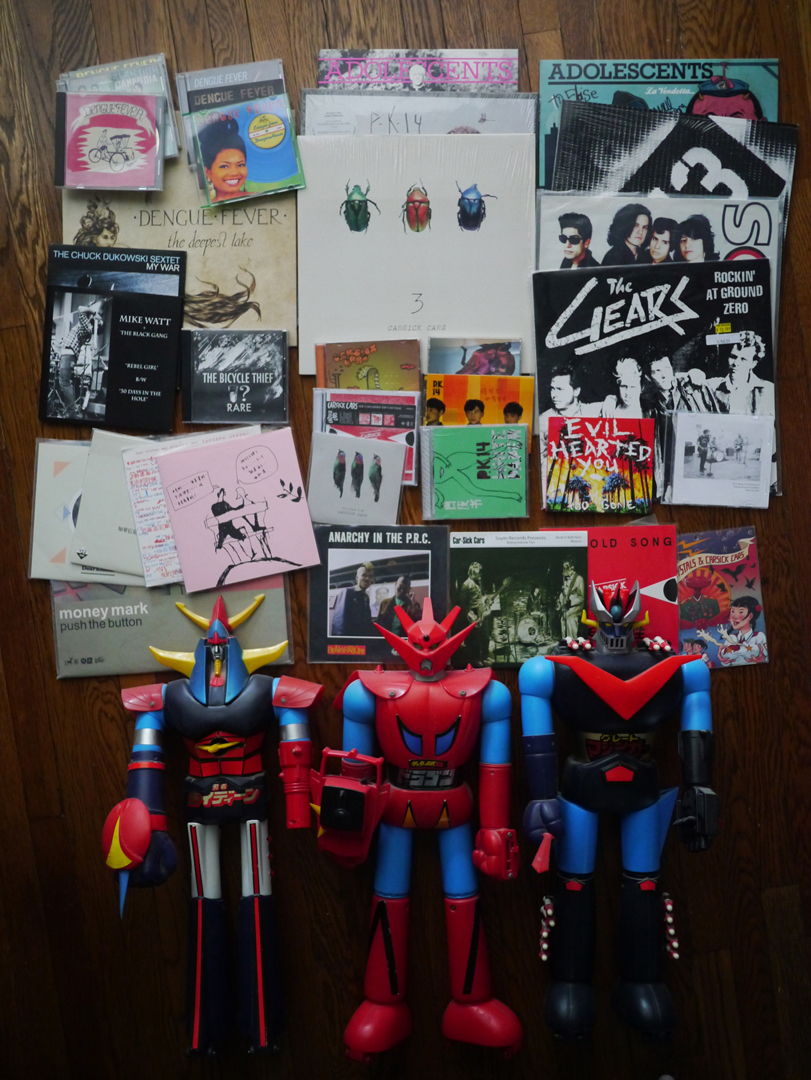 I tried to play a Chui Wan song after Dear Eloise, but the CDR didn’t work. Bummer. Maybe you heard them on NPR lately anyway? I’ll try again on KXLU’s Molotov Cocktail Hour next week…

Thanks, Gabie! Thanks, KCHUNG! Seeya May 31!