I started this blog to have an outlet for writing and sharing after Giant Robot ran its course. But what my wife wrote about our daughter, her cousins, and their friend needs to be here too. By Wendy Lau:

After The Linda Lindas opened for Bikini Kill at The Palladium, I’ve thought a lot about… parenting. Martin and I have always believed Eloise is an exceptional and charismatic individual. But did I really believe she could do anything?

Last November, after The Linda Lindas’ first show at Save Music in Chinatown, Eloise’s music composition teacher Carl Protho said, “You better watch out. She’s going to play The Forum! The Greek! STAPLES Center!” I laughed and thanked him. He looked at me sternly and continued, “I’m not kidding. You better prepare yourself.” Right before he saw her perform at The Palladium last Friday, Carl texted, “Hold onto your heart!”

The day after The Linda Lindas’ previous show in February, Eloise and I ran into our friend Gabie Strong. We told her that Bethany from Best Coast sent a video of their cover of “Rebel Girl” to Kathleen Hanna because once Eloise yelled “Girls to the front!” she started crying. “Maybe they’ll open for Bikini Kill at The Palladium” was Gabie’s reaction. Again, I laughed.

Next thing you know, Kathleen Hanna tweeted the video, which has surpassed 55K views. And we all thought, that’s cool but it’s just Twitter. Then she invited them to open for one of the much-anticipated Bikini Kill reunion shows. Gabie was prophetic! First, I was shocked. Then super giddy. And then scared.

Us parents even confided our insecurities with Kathleen. Would people who paid good money to see Bikini Kill be disappointed to see a kid cover band open the show? But she was confident The Linda Lindas would make longtime fans feel like the struggle was all worth it and inspire teen girls to start their own bands. During their incredible set, so many people screamed, laughed, and even cried tears of joy. These little girls won over thousands of people waiting to see Bikini Kill! Kathleen was right.

I truly believe my kid can do anything. Moving forward, I will always protect her but never stand in her way. This post has been about Eloise because I’m her mommy, but I could write a whole essay on each of The Linda Lindas: Lucia, Mila, and Bela. These unbelievably awesome girls just showed us all they’ll rule the world.

Catch The Linda Lindas this summer!
– Sunday, June 2 at Save Music in Chinatown 18 with The Gears and Gitane Demone Quartet (All-ages matinee)
– Thursday, July 11 at Bleached’s record release show with DJ Bethany from Best Coast at the Moroccan (18+)

Not too long after the first installment of The Replacements two-night stand at the Hollywood Palladium should have been over, I called up my brother who had attended the gig and was driving back to San Diego. I thought I’d help him stay awake and also get the scoop because I was so amped up about having tickets to the second night. 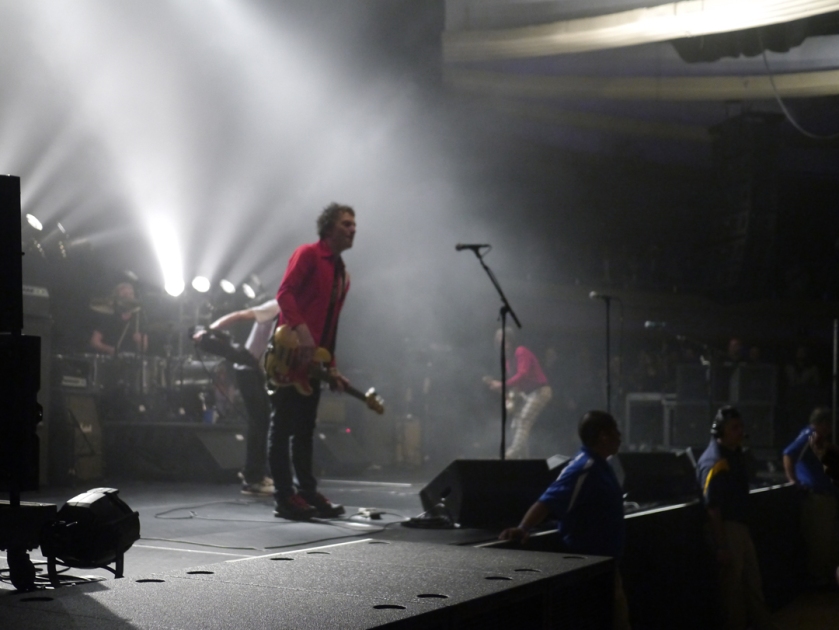 Greg didn’t reach the venue until 8:00 but was still able to walk right up to the barricade and see an excellent opening set by X’s John Doe. (Our theory is that hard-core Replacements fans are also hard-core fans of drinking at the bar.) There was a tent and all the songs you’d want to hear–and then some–at full blast. Drumming stud Josh Freese (who’s played on Westerberg’s solo stuff) and Dave Minehan (The Neighborhoods) were more than just solid and amazed. Oh yeah, stand on the left because that’s Tommy’s side. 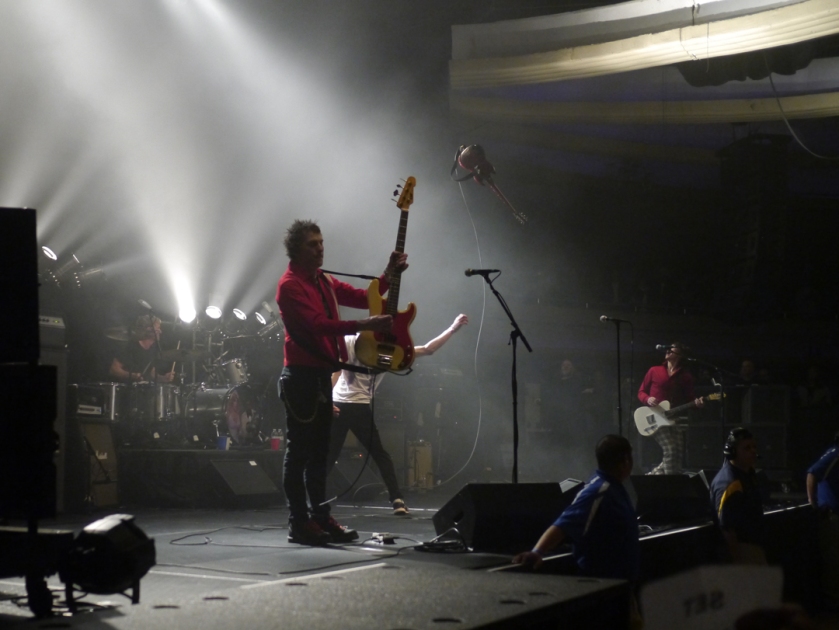 It was a trip going back to the stage where my twin and I saw so many shows during our senior year in high school: The Ramones, The Cramps, P.I.L., Siouxsie & The Banshees, The Cure, The Cult, and Social Distortion opening for pretty much all of them. In college, there were The Beastie Boys, Chili Peppers, Damned, Fugazi, Pixies, Rock For Choice, Epitaph Summer Nationals, Sonic Youth, Dinosaur Jr… The historic venue falling into shambles coincided with the rise of Jabberjaw. 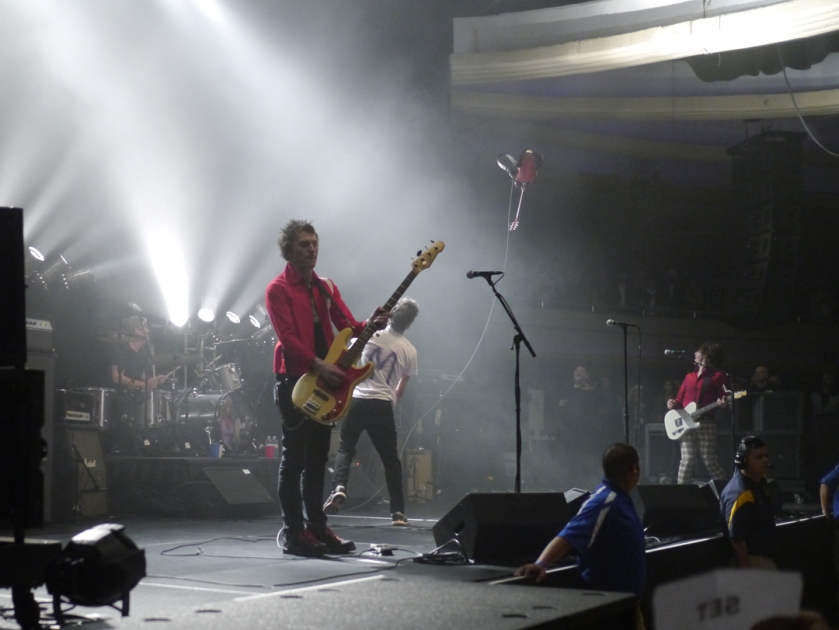 I also saw The Replacements at the Palladium in the late ’80s, and a lot of people at last night’s show were probably there, too. But holy crap, I swear this more recent set was way more raging than the one I saw with the later original lineup (does that make sense?) struggling and on dope. This time Paul and Tommy seemed to have as much chemistry as they were having fun nailing songs like “Valentine” and “Alex Chilton” and barely hanging on for “Bastards of Young” and “I’ll Be You.” Although the time at the Country Club might have been slightly more awesome…

At the end of the second encore (The Jackon’s “I Want You Back” and “IOU”) Westerberg hucked his Gibson SG offstage and, thanks to Greg, I was in a perfect location to track the trajectory… My Instagram of the third shot got at least as far as Josh Freese’s Insta account and then was posted to the Paul Westerberg/Man Without Ties site, which is pretty cool. But for you, my friends, here is the entire sequence. 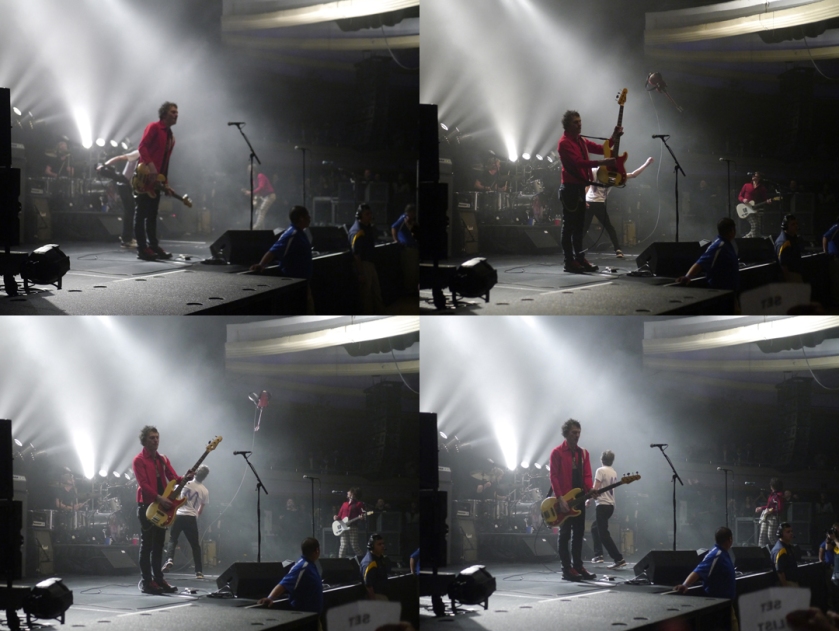 So badass. Long live The Replacements! And their solo CDs are cool and dirt cheap, too!