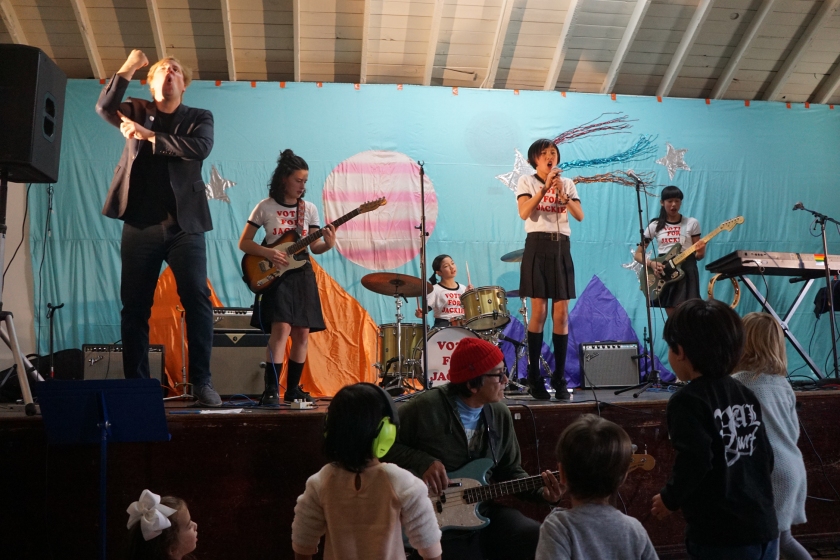 Wendy, Eloise, and I have been putting on benefit shows for Castelar’s music program for six years now and it’s been great. Music education, kids, Chinatown, and punk rock–totally unplanned but perfect. And it has been a slippery slope from raising money for the school to becoming advocates for Chinatown and activists for public education, supporting community efforts to slow down the takeover of the historic neighborhood by developers and backing the teachers in their fighting back against the dismantling of public education by privatizers and union busters. After getting fired up by last month’s teacher strike, it made sense to help organize an event to support Jackie Goldberg’s bid for the seat of LAUSD school board 5 . 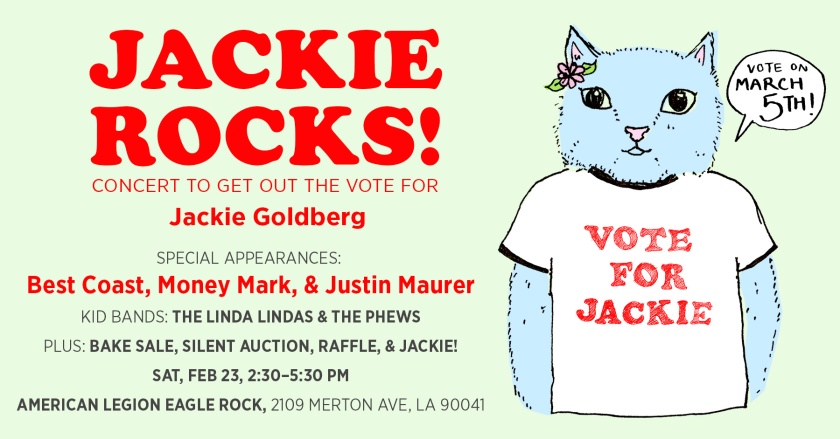 Wendy and I met Jackie Goldberg in March 2016, shortly after Castelar Elementary was identified for co-location. We had no idea what that meant, so we went to a TEACh (Transparency, Equity, and Accountability in Charter Schools) meeting where we were introduced to Jackie and given information and encouragement. We went on to help stop the charter school from taking space and resources from the neighborhood school in Chinatown. 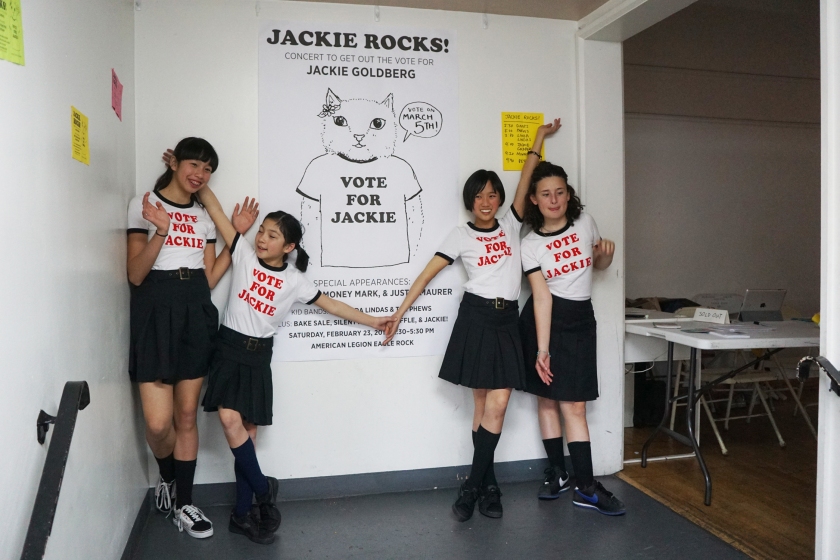 So last weekend, we teamed up with my sister Angelyn and a bunch of friends (especially Euphronia and Lois) to organize a benefit show and rally for Jackie. To support the legendary activist and educator in a multigenerational, DIY setting with so many families and kids who are affected by the LAUSD school board election seemed like a perfect fit and Jackie’s campaign manager Zoë agreed. After confirming that Jackie would be able to drop in on our event, we started putting together our bill. 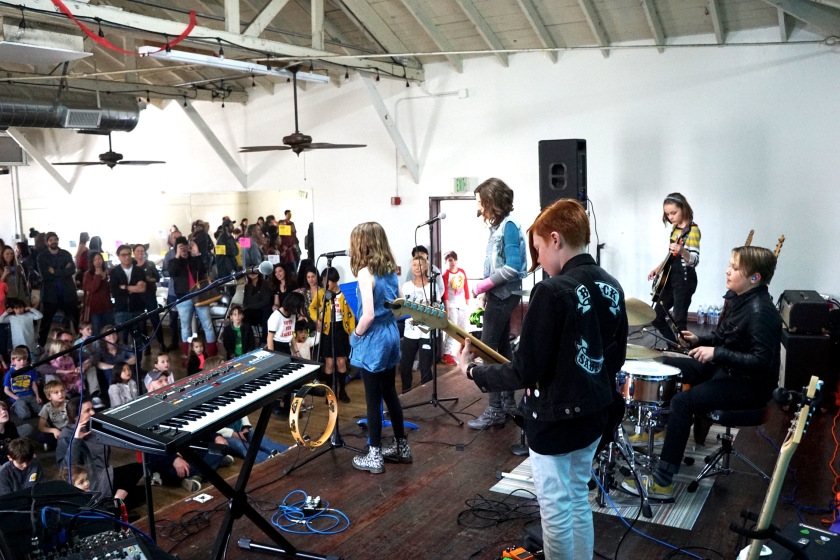 We thought it would be really cool and important to have public school kids play the event and have a voice in an election that concerns them most. Of course, The Linda Lindas (Save Music in Chinatown faves featuring our daughter, nieces who attend a District 5 elementary school, and their friend) would play. And we had just become friends with Justin Maurer at our last Chinatown benefit although he was already a regular. The ex-Clorox Girl and member of Maniac had been in the spotlight providing ASL translation in the teachers strike, and how cool would it be for him to sign for the girls?

We got some other pals to support the cause and get on the bill, too. My old friend Money Mark was already a Jackie Goldberg fan and my brother-in-law Carlos had been working with Best Coast, who were already Linda Lindas fans. We wanted to have more kids from schools in District 5 and our friends’ son’s band, The Phews, were into it. Getting family and old and new friends behind a cause and having fun doing it is the best, and our show was exactly that. 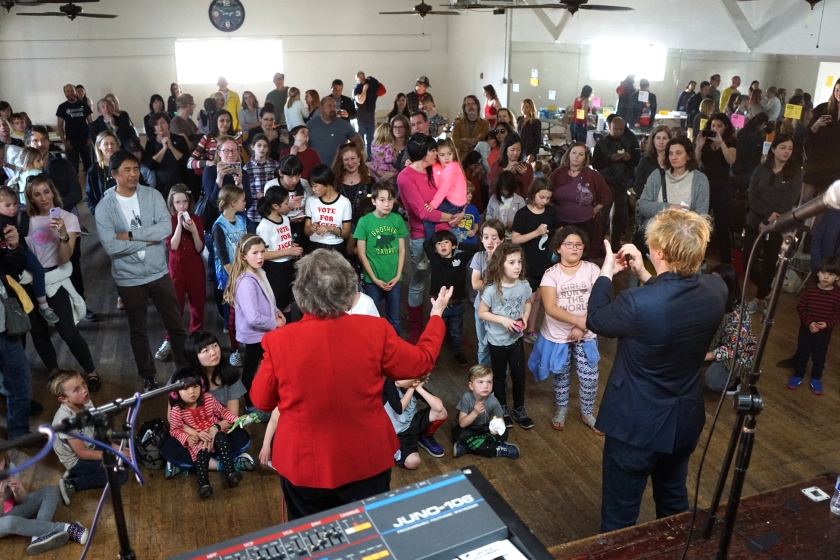 I love how Mark and Justin joined The Linda Lindas, Justin signed for Jackie, and Carlos played with Money Mark and Best Coast. The Linda Lindas played with Best Coast, too. The sold-out show had a real friendly feel to it, and afterward we were able to donate about $3,000 to Jackie’s campaign between ticket sales, a cool raffle and silent auction, and delicious bake sale. More importantly, we got a bunch of voters together who will spread the word about Jackie. Hopefully, we helped children feel involved in the process and empowered, too. 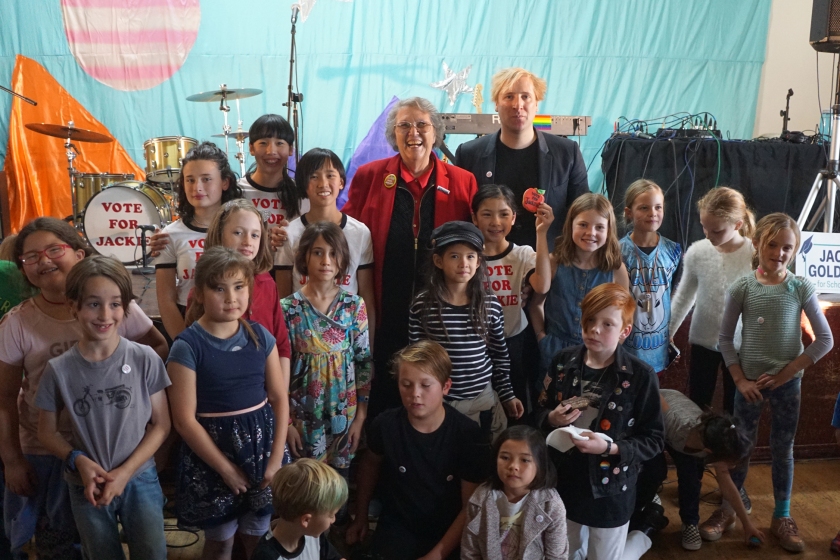 Public education is at a crossroads in Los Angeles and our city needs Jackie to advocate for all children as well as the teachers, and protect schools from union-busting privatizers who aim to profit off children and our future at the expense of the public good. Jackie has decades of experience as an activist and educator, champion for underdogs, and progressive lawmaker. 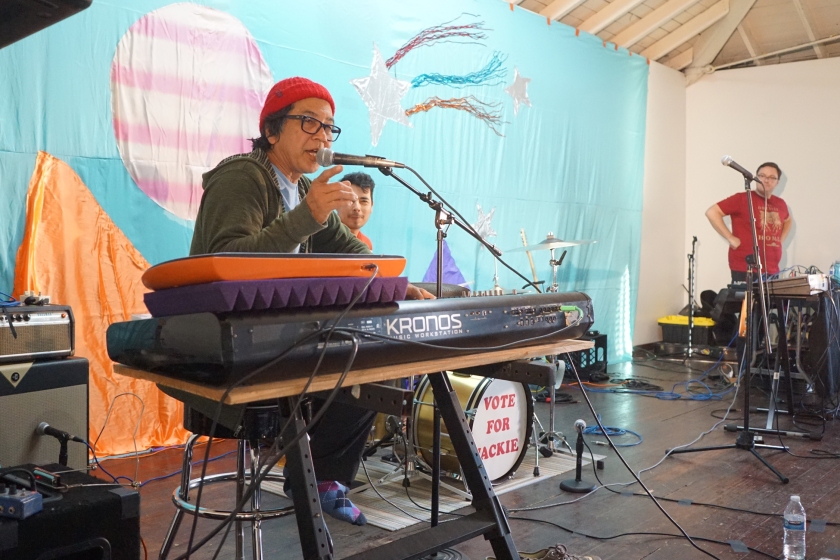 Jackie is endorsed by Tony Thurmond, Dolores Huerta, Betty Yee, and Hilda Solis, and and is UTLA’s choice to balance out the school board that has been being bought by privatizing interests and carry out progress started in last month’s teachers strike. It’s a real gift for Los Angeles that Jackie is coming out of retirement to fight for our public schools and we hope to spread that message. 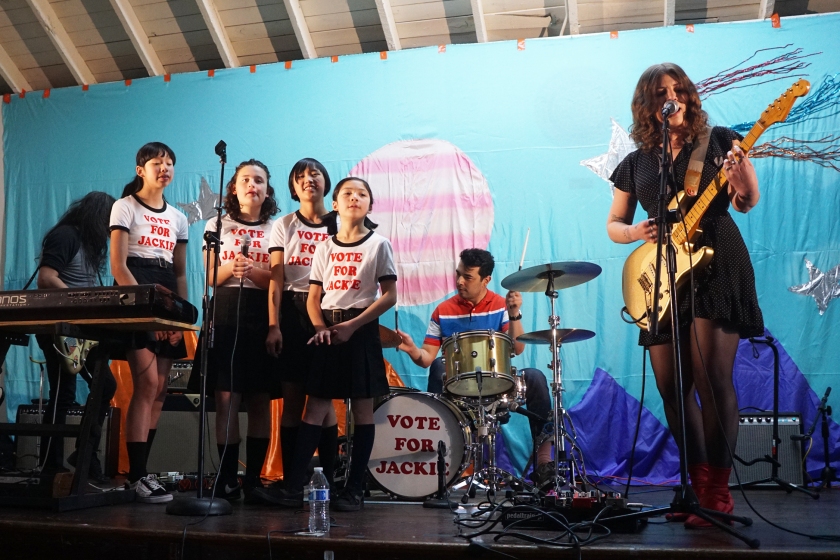 And the local election is not only important to families with kids who attend LAUSD schools. Everyone who wants to stand up to the privatization of public education, stop the attacks on the teaching profession, and improve conditions for every single student should be paying attention. The city we love and its future are better off with excellent and equitable public schools. 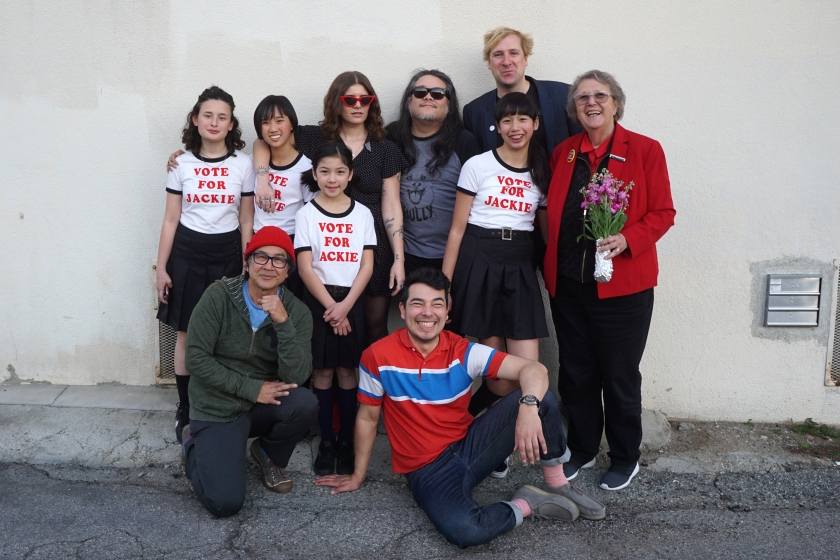 If you get junk mail for the special election, then you are in District 5 and can vote. Spread the word and get out the vote for Jackie on Tuesday, March 5!