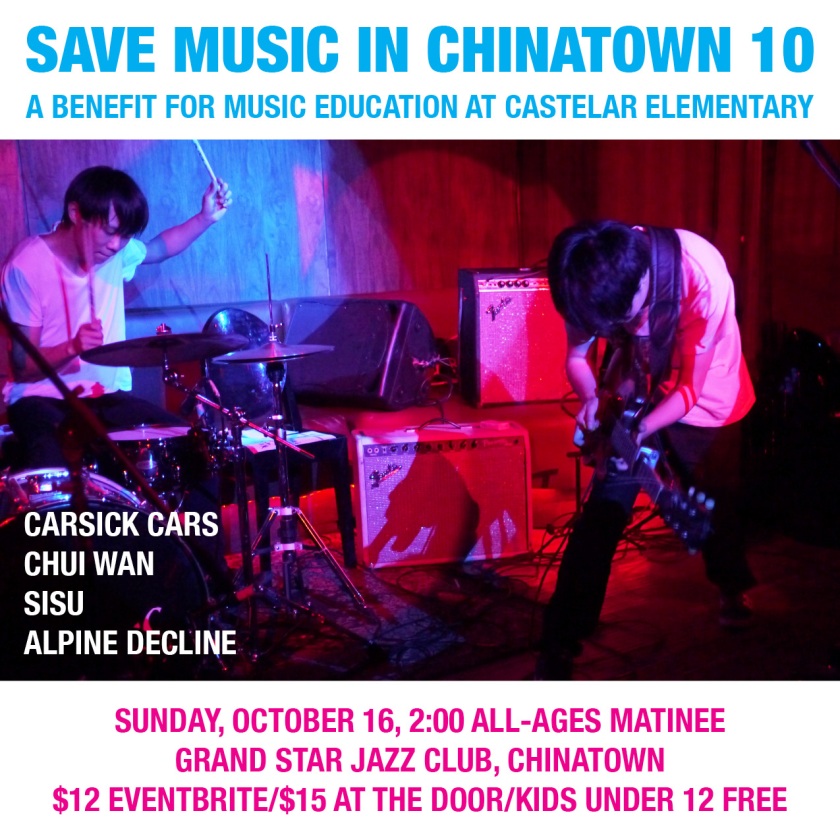 You’d think organizing benefit concerts for the music program at our daughter’s elementary school would be be easy after three years. Not really. However, arranging for bands from Beijing whose records you can’t even buy at Amoeba probably isn’t the most sensible choice.

But how cool is it to have Carsick Cars, one of China’s most excellent and influential post-punk bands, playing to help underserved kids in Chinatown?

Or have Chui Wan return after blowing our minds at last school year’s sold-out show with Dengue Fever and Birdstriking?

Alpine Decline will be extra noisy and amazing, too. How have I missed them every time they’ve come through town before? Or even when they lived here?

My pals in SISU are coming out of hiatus to round out the bill. They were initially going to play a special set as a duo but have decided to bring out the entire band!

We’re lucky to have so many friends that make the shows happen. Sandy and Jules from SISU came on to our usual KCHUNG show with Gabie and Daryl (listen HERE) and of course there was the traditional two-hour hoot and warmup that is the Molotov Cocktail Hour on KXLU, as well.

And what about the flyer that Senon Williams from Dengue Fever volunteered to make? When the bands play in front of the poster-sized image on Sunday, they’ll be like The Clash in the “Complete Control” video!

Plus supporters donating stuff for the raffle, families contributing to the bake sale, everyone spreading the word, and Nate behind the scenes… I hope Sunday’s show raises a decent amount of money for music education at Chinatown’s public school but no matter what happens (Is Ciclavia really happening  in Chinatown on the day we chose last spring?) I’ll be grateful for being part of such a rad community that makes it happen. 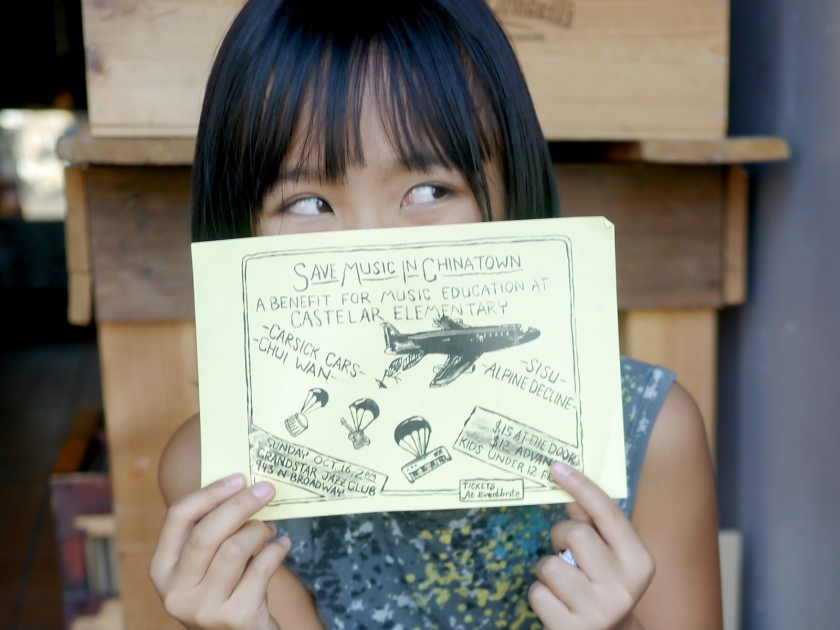 See cool bands! Eat delicious cookies! Help kids in Chinatown! Get more info at the Facebook event page and save some dough by ordering tickets in advance at eventbrite.com.

You can further support the Chinese bands that support us by seeing them in Long Beach on Saturday night and Cafe NELA on Sunday night: 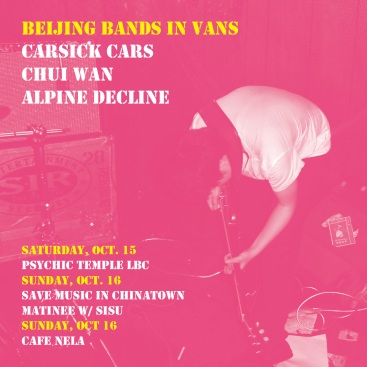